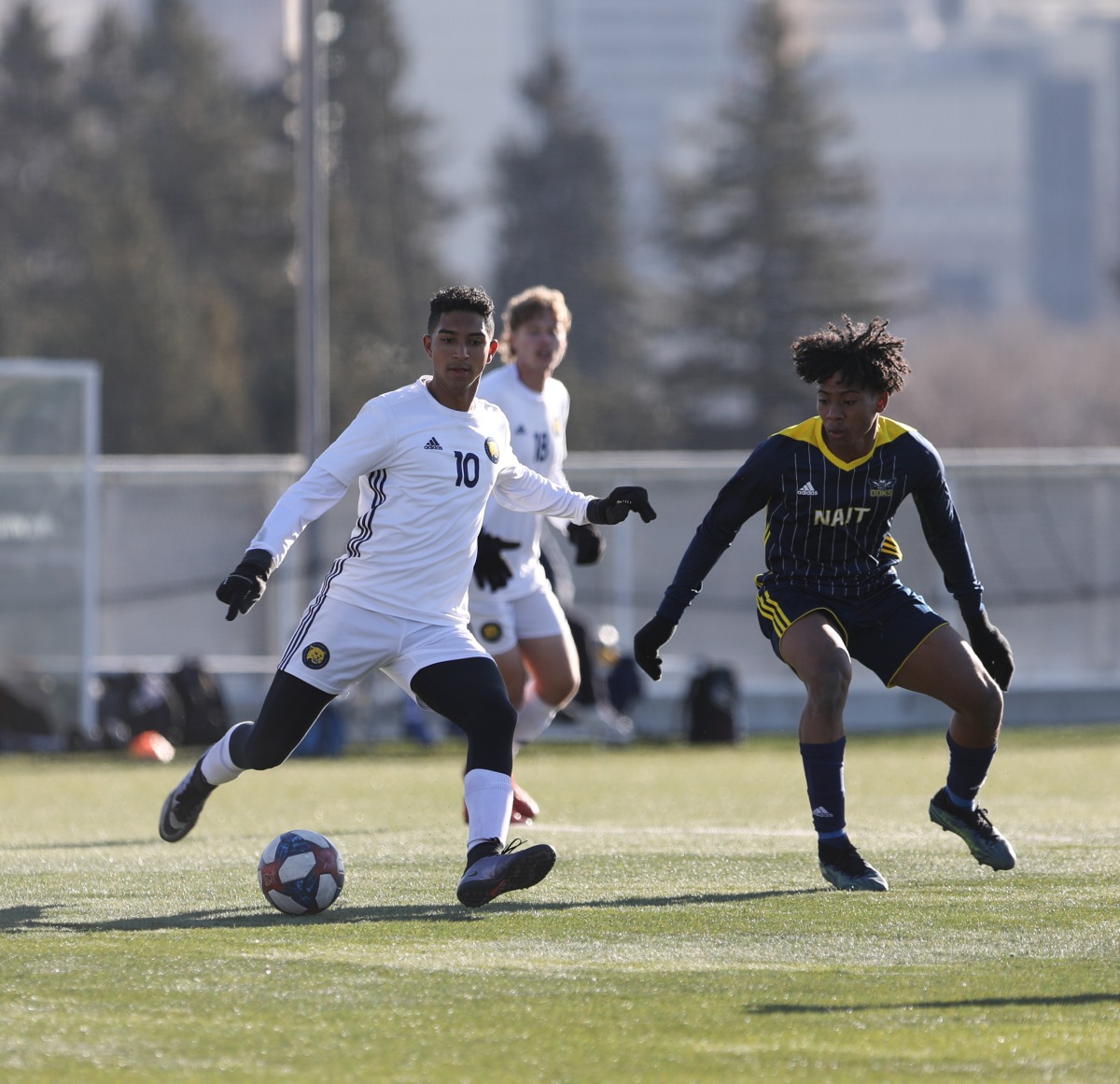 The early marker was the first of four for Ousman Maheshe, who also found the back of the net in 47th, 63rd and 67th minutes of the game.

Teammate Matthew Zima had an impressive outing himself, scoring a pair of goals (15’, 54’).

NAIT goalkeeper Ryan Gillie was not very busy, but earned the clean sheet in the victory.

The Ooks will move on to the bronze medal semifinal game, which will be played Friday afternoon at 3pm MST. Brandon ends the tournament at 0-2.

Maheshe was an obvious choice for NAIT’s Player of the Game, while Brandon’s Diego Rodriguez earned his team’s honour.