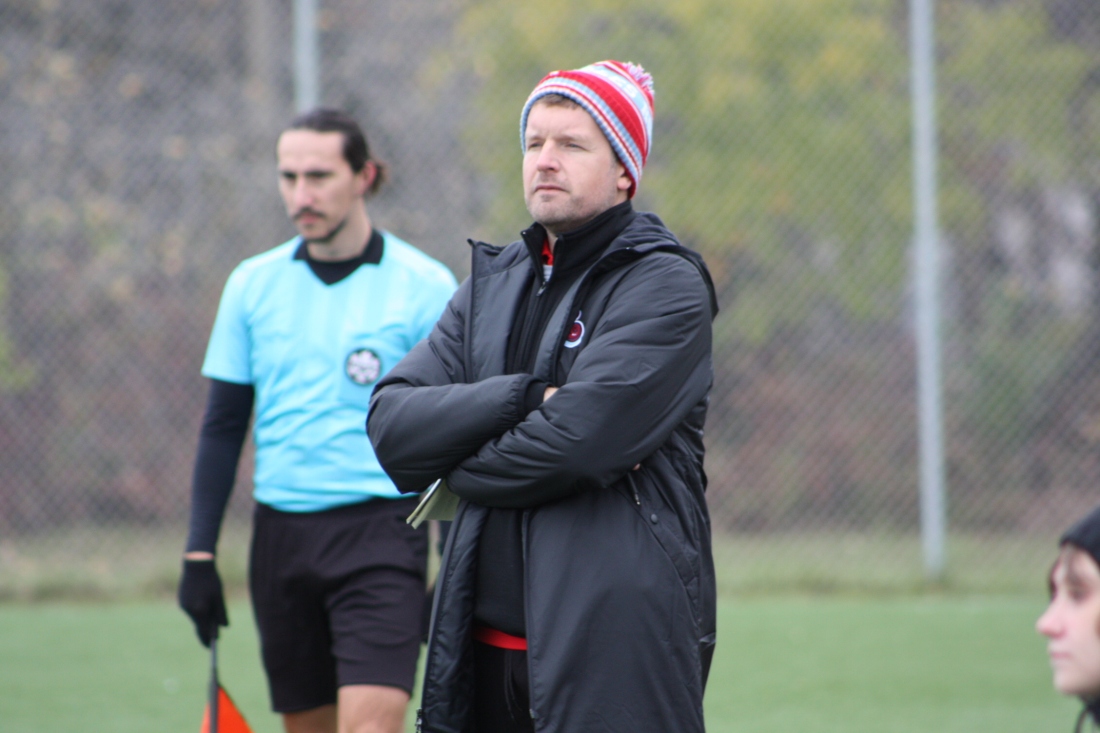 After a year away, the Manitoba Colleges Athletic Conference (MCAC) soccer season returned in 2021. Coach of the Year award winners led their teams to a strong regular season finish and prepare for the MCAC Final Four Soccer Championship Weekend which runs from October 30-31 in Brandon.

“Justin Légaré coaches with his heart on his sleeve. He is extremely passionate about the sport of soccer and is dedicated to development of all aspects of his athletes. The program has seen impressive growth and success since USB re-joined women’s soccer in 2016. All these accomplishments are a testament to Justin’s talent, vision and incredible work ethic.’” – Les Rouges Assistant Athletic Director Eric Lemoine.

“It is great to see Glen recognized for his efforts in building the Bobcat men’s soccer program. After a challenging first season in 2020 due to the pandemic, his leadership and positive approach have resulted in an excellent team culture and strong on-field results this season.” – Bobcats Athletic Director Russ Paddock