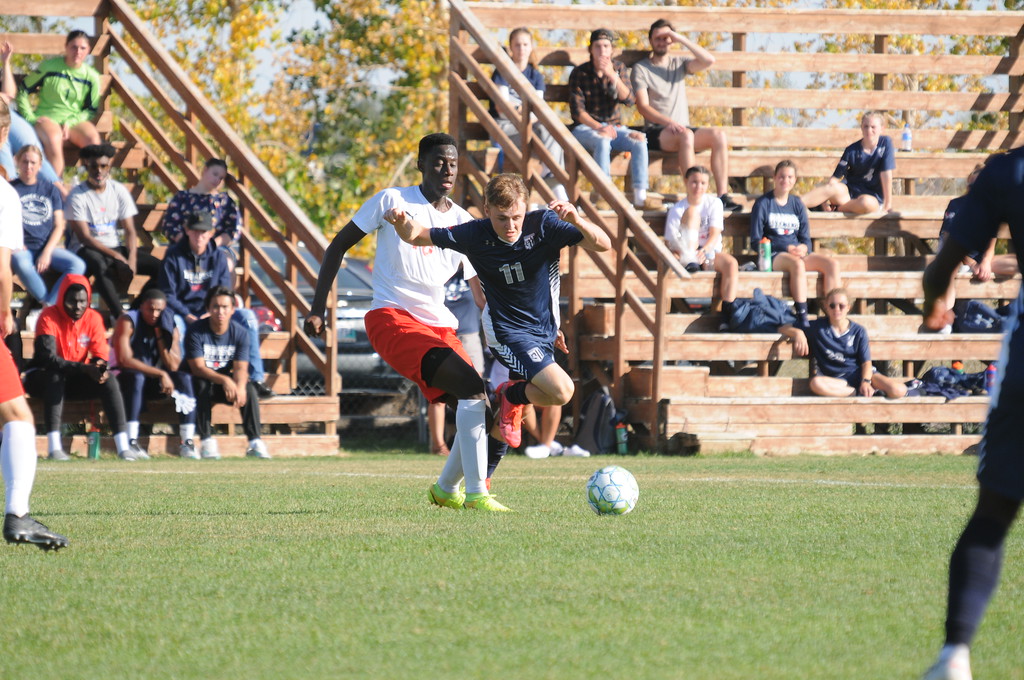 It will be 735 days since the last Manitoba Colleges Athletic Conference (MCAC) men’s soccer championship was handed out. This season has been a hard fought and all four teams compete to raise the trophy in 2021. Brandon University is the host of this year’s Final Four on October 30-31 with the winners representing MCAC at the Nationals.

BU’s Athletic Director Russ Paddock, commented about hosting the Final Four: “Brandon University is excited to host the Manitoba College’s Athletic Conference soccer Final Four for the first time. There is a lot on the line, as the competition for the championship banners will be intense as well as berths to the CCAA National Championship on the line for the first time. Soccer fans in our community are looking forward to this level of play and it promises to be a great weekend of competition.”

Providence University College (PUC) Pilots have only suffered one loss this campaign and roll into the Final Four on a seven game unbeaten streak (five wins, two draws). The 11th ranked team in the latest Canadian Collegiate Athletic Association (CCAA) national rankings captured the top seed with a win over Canadian Mennonite University (CMU) Blazers on the last day of the regular season for a 9-2-1 record.

In 2021, PUC’s balanced attack starts with rookie forward Garreth Rayner and rookie midfielder Abraham Kollie Jr. both with ten goals each along with third year midfielder and captain Giovanni Benitez with six markers plus rookie defender Jai Virk with four tallies. Overall, 12 players scored at least once for the Pilots while also defending well with five shutouts and only 11 goals against in 12 matches.

“Excited to be back in playoffs after a year of no soccer.  The regular season was a fun battle that saw a lot of good competition and quality games.  Although we realize it’s a complete reset for playoffs and that anyone can win, we’re still proud of finishing the regular season at number one. We’re looking forward to the challenge this upcoming weekend to cap off what’s been a great year,” stated PUC’s head coach Joey Passi.

For the CMU Blazers, they can look towards the Oct. 6 match versus PUC as they held the high-octane offence to a 0-0 draw, the only scoreless draw all season. The Blazers enter this weekend with a 4-7-1 regular season record but also having notched 13 goals in only last two games over the final weekend of action.

Canadian Mennonite won the championship in 2018 and wants to pull the upset this year.

The host Brandon University (BU) Bobcats seek to defend their MCAC title when they won their first ever men’s championship in 2019. The second seed were only one point back of PUC with a 9-1-2 mark and enter the Final Four on a nine game unbeaten streak (eight wins, one draw).

BU will also have the hometown good vibes and would like to continue their season results against Université de Saint-Boniface (USB) Les Rouges as they have won all three encounters so far in 2021. The Bobcats are nationally ranked 13th and seek to represent MCAC for the first time at a national championship.

What an impact rookie midfielder Camilo Rodriguez had with a MCAC league leading 14 goals. Fourth year midfielder Diego Rodriguez was fifth with nine tallies and also added leadership and experience to this group. Sophomore midfielder Samuel Wetstein tallied four goals with second year midfielder Zach Wood with three markers. The Bobcats also accumulated five shutouts and only ten goals scored against in the 12 matches as goalkeeper Ryder Anthony was recognized as an Athlete of the Week winner.

Les Rouges had an up-and-down season as reflected in their 6-0-6 record. They did not win against Brandon in 2021 regular season but did hit the back of the net four times versus the Bobcats. The rich history at the championship for USB can propel them to a ‘up’ weekend as they have won the conference title four times (2014-17).

Both teams met just a week ago on Oct. 23 with BU winning 5-1 but USB did not have anything to play for and now can reset for the Final Four. They played a closer match at the start of this season with a close 3-2 result and have the talent to quiet the hometown crowd.

In the six wins for Les Rouges in 2021, they outscored the opponents by a 34-5 margin yet in the six losses were outscored 11-5. The club alternated winning two games and then losing two matches all season long. Last week, they lost twice but could history continue with another winning weekend for USB – time will only tell at the Final Four.