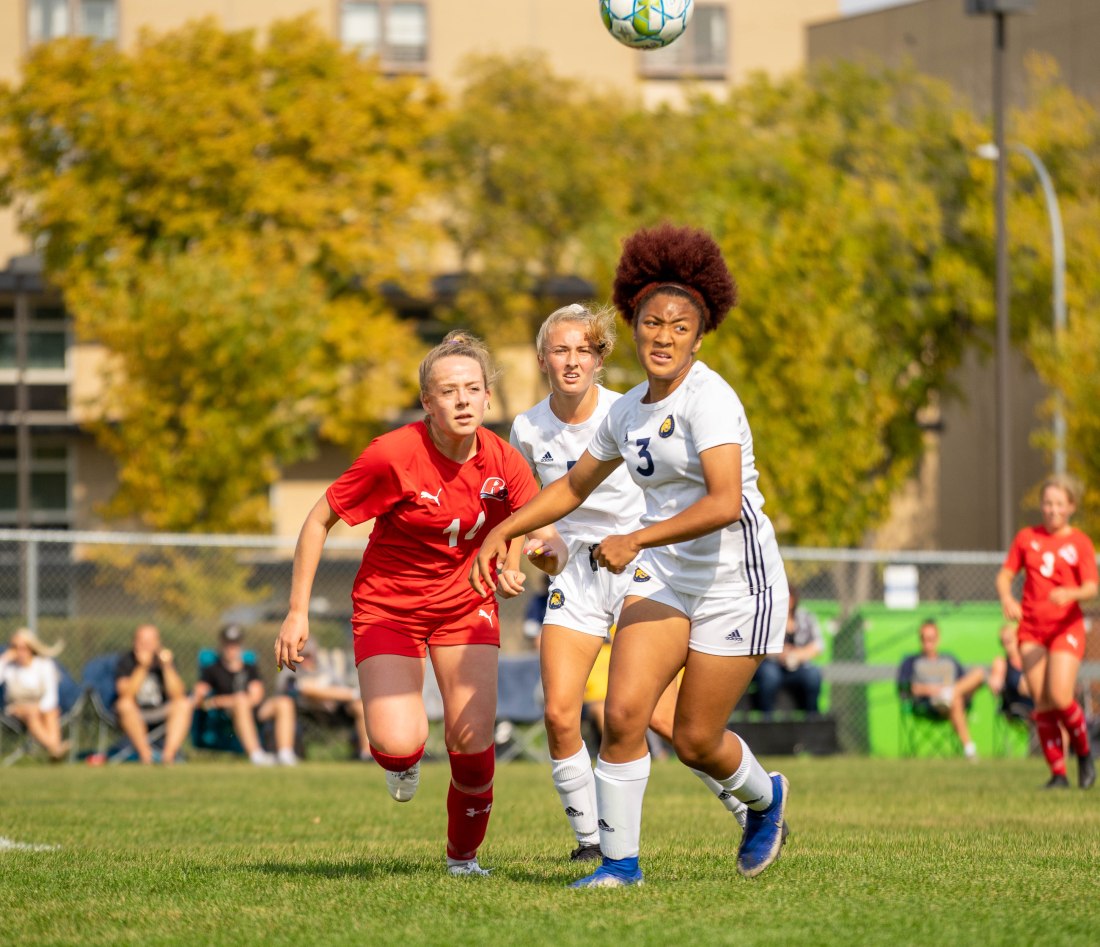 With only two weeks left in the 2021 Manitoba Colleges Athletic Conference (MCAC) soccer regular season, there are some key matchups as teams jockey for top playoff positions in week six that ends on Oct.17.

This the rescheduled date for the game originally to be played on Oct. 10 but postponed due to unplayable field because of weather conditions. Les Rouges (6-1-1) are the hottest team in MCAC with a five game winning streak plus and also moved up to number nine in the latest Collegiate Athletic Association (CCAA) national rankings. The Blazers (2-1-5) are looking to clinch a playoff spot and build on a one game win streak while trying to avenge their last meeting result.

This is a huge match as the two teams are only separately by three points heading in this weekend. The Bobcats (6-0-2) continue to be ranked nationally at number 13 this week and starts first of back-to-back matches this week. The Pilots (5-0-3) also have two games this weekend and want to replicate their win over Brandon when they last matched up on Sept. 26.

USB plays their second match of the week and have a chance to sweep the season series. The Cougars (0-0-8) have been competitive the last few weeks and would like to push one of the top teams in this contest.

Brandon host their second consecutive match in successive days and have three of the Top 9 MCAC scorers pacing this offence. CMU had a close battle with a tight 2-0 loss against BU earlier on Oct. 2 and have a balance attack with nine different scorers so far this season.

The Cougars scored the last time the teams met and look to continue to play strong to finish this season. PUC has Athlete of the Week winner Paige Heide as she is part of a trio of Pilots who have scored at least five goals during the 2021 campaign.

This is a must-see match. Both teams have been battling for first place for the whole season. Providence (6-1-1) is one point ahead of Brandon (6-0-2) in the league standings while PUC at #13 and BU in #14 position in the national rankings heading into this game. Both teams have split the season series so far with one win apiece and have the top two MCAC scorers with USB’s Franck Oumar N’Dia (9) and PUC’s Abraham Kollie Jr (8).

Les Rouges (5-0-4) needs to keep pace with the top two MCAC teams as they are only four points of first heading into this weekend. Assiniboine (0-0-8) are led by Athlete of the Week winner Jafet Sandoval and seek to continue their scoring ways this week.

BU stays at home and has split the season series. The Bobcats have two top scorers with Juan Camilo Rodriguez and Diego Rodriguez each with six goals heading into week six. The Blazers (3-1-5) can clinch a playoff spot with a victory. CMU wants another W to secure the season series as both teams have won once against each other so far in 2021.

The Pilots will complete the weekend with a home match against the Cougars. Expect quite an offensive showing. The last time they met, there was 13 goals scored in a 9-4 win by PUC on Oct. 2.