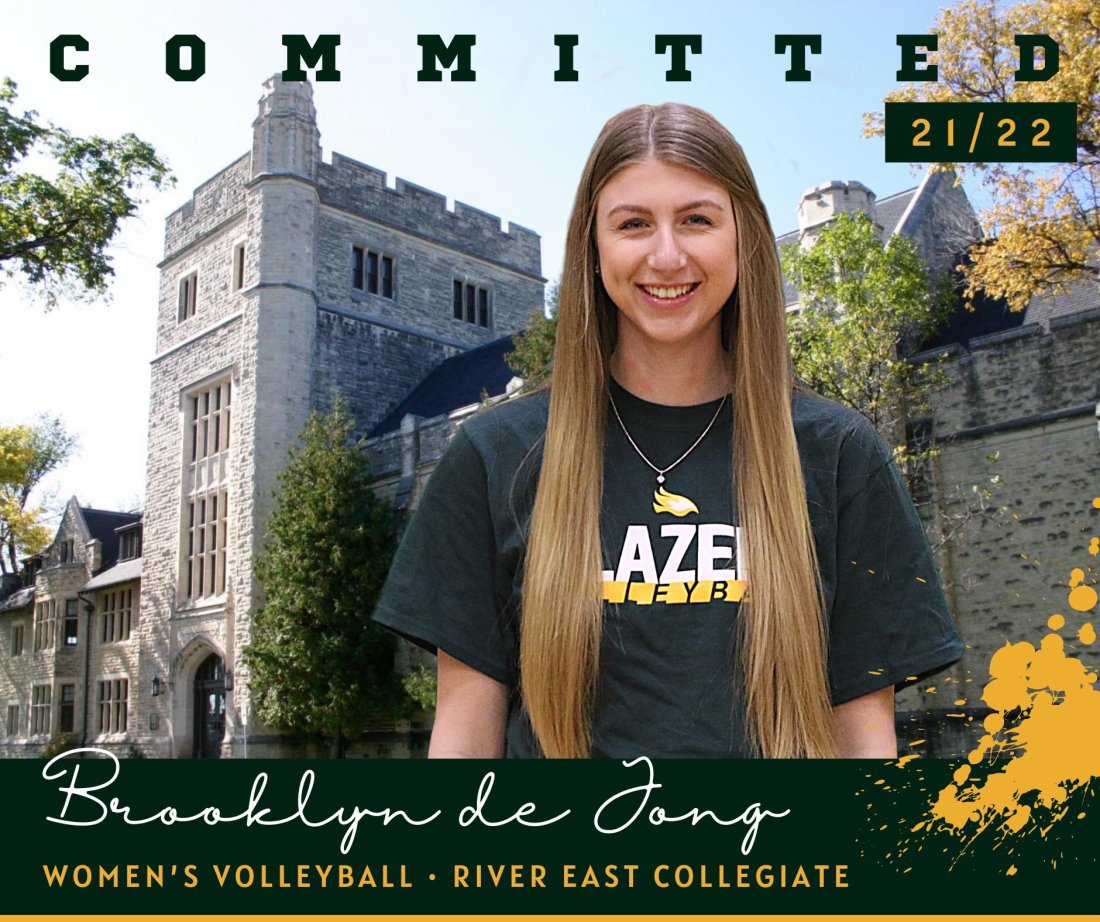 The CMU Women’s Volleyball program is very pleased to announce the commitment of Brooklyn De Jong for the 2021-22 MCAC season. A 2019 graduate of Winnipeg’s River East Collegiate, de Jong brings a resume that includes one season of MCAC experience after the 5’10 middle spent 2019-20 with the Providence Pilots.

Success has followed De Jong throughout her high school and club career, beginning in Grade 9 when the Kodiaks lifted a provincial championship. River East would qualify for the Manitoba provincial championships over her next two seasons and in De Jong’s final season, she was fortunate enough to be selected as a Graduating All-star and the recipient of the Coaches’ Choice Award.

In her 2017 and 2018 club season, De Jong and her Junior Bisons teammates captured the eye of the province and the nation. 2017 would see the program capture the provincial championship and the national gold medals in Division 1, Tier 1, and recieve Volleyball Manitoba’s attention, who selected the Junior Bisons as their Team of the Year.

The group stuck together in 2018 and did it all over again. In style, De Jong and the Junior Bisons would post a perfect season. No opponent managed to win a single set against the club volleyball powerhouses, as the program repeated as provincial and national champions. Their flawless run of form resulted in a second recognition as Manitoba Volleyball’s Team of the Year while adding the title as Sport Manitoba’s 2018 Team of the Year.

“Brooklyn’s work ethic and smart attack will provide a welcome depth to our middle position,” said Blazers head coach, Jayme Menzies. “Her previous experience in post-secondary, her incredible successes in her club career. her kind spirit and positive outlook will see her make meaningful contributions to our team dynamic, on and off the court.”

De Jong began her club career with Mavericks Volleyball in 2015, where she received the team’s leadership award and was subsequently named team captain for the 2016 season.