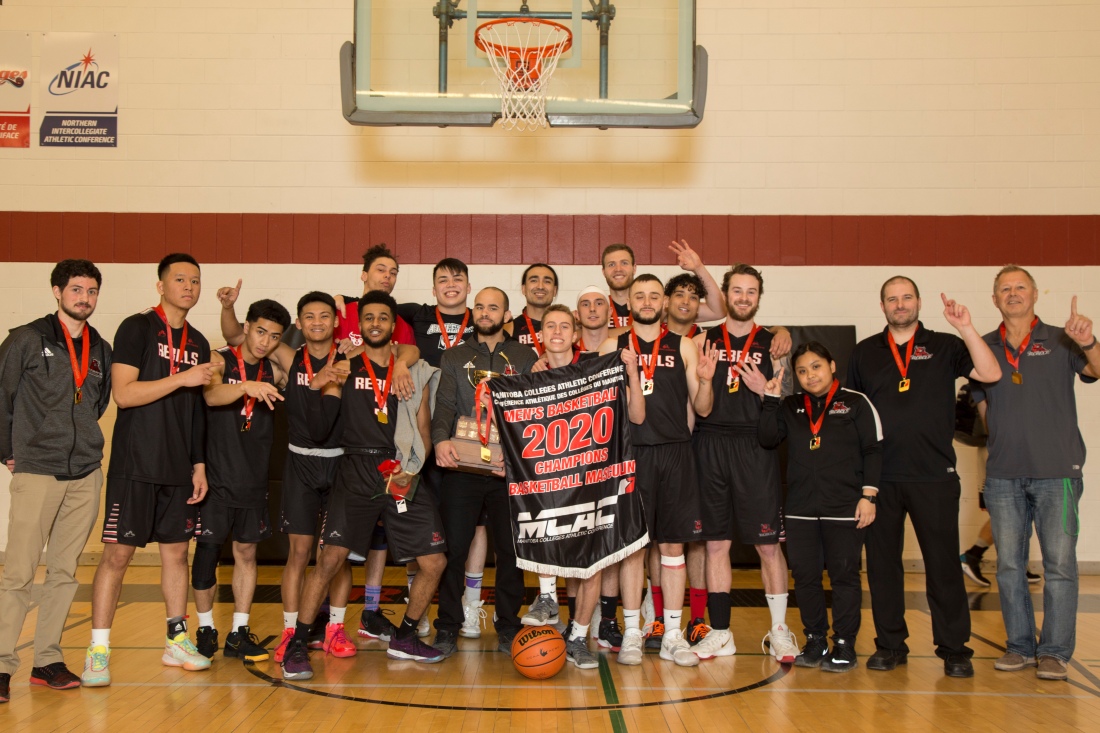 Pilots captain Jordan Lawson scored an MCAC record 52 points in a game against the Rebels in the regular season, and it’s something RRC head coach Scott Kirkpatrick kept in mind when preparing for this championship match.

“Our whole game plan was really a process of wearing down Jordan Lawson today,” said Kirkpatrick. “… if we can wear him down and just keep making him score tough twos, then eventually we’re going to be able to make a run.”

That game plan worked. Lawson scored a team-high 27 points, but 16 of them came in the first half. Lawson was making key shots in the third quarter too, but he slowly disappeared in the final quarter of play — the quarter the Rebels fully pulled away.

Rebels guard Torrez McKoy was named tournament MVP after netting a game-high 29 points and coming up with four steals in the championship match.

“I think you saw in some of the game today, when he [McKoy] wants to make a play, he has another gear that he steps into and he lives for these big moments,” said Kirkpatrick.

McKoy echoed Kirkpatrick’s thoughts of him enjoying the big moments.

“I love a big crowd,” said McKoy. “It makes me play a lot better.

McKoy’s play was highlighted by a three-point shot on an inbound pass with one second remaining on the shot clock — McKoy caught, released and swished the ball through the net to give the Rebels an 83-68 lead with just over a minute to play.

Francesco Tocci was also a force for the Rebels, scoring 12 points, securing nine boards and blocking an impressive six shots, many of which energized the home crowd in RRC’s North Gym. Trezon Morcilla contributed another 16 points to Red River’s win.

It was a back-and-forth first quarter, with McKoy and Lawson often going shot for shot, which led to some talk between the two throughout the game. The Rebels led 20-15 late in the quarter when Joshua Armstrong sank a trey, followed by a Lawson steal and layup to tie things up at 20. Rebels forward Mark Ridd hit two free throws to give his team a 22-20 lead after the first frame.

The second quarter was more of the same, highlighted by back-to-back Tocci blocks. The Rebels held an eight-point lead at halftime.

Daniel Kilmartin was another productive player for Providence, posting a double-double of 10 points and 11 boards. Kilmartin opened the third quarter with a three, but McKoy answered with a drive inside, scoring the basket, drawing the foul and completing the three-point play.

The Rebels turned to their defence and let their offence flow through McKoy, to build an 11-point lead entering the fourth quarter. RRC never let the Pilots back into the match and made most of their free throw attempts to put the game out of reach.

The Rebels continue their string of dominance in the MCAC with an undefeated season, and will look to carry that momentum into the NIAC tournament beginning Thursday.

“It feels great. I mean there’s no other way to say that,” said Kirkpatrick. “…You know when you’re 14-0, it’s not often you really look the coach’s way. You know you got a lot of talent on your roster at 14-0 and it shows.”