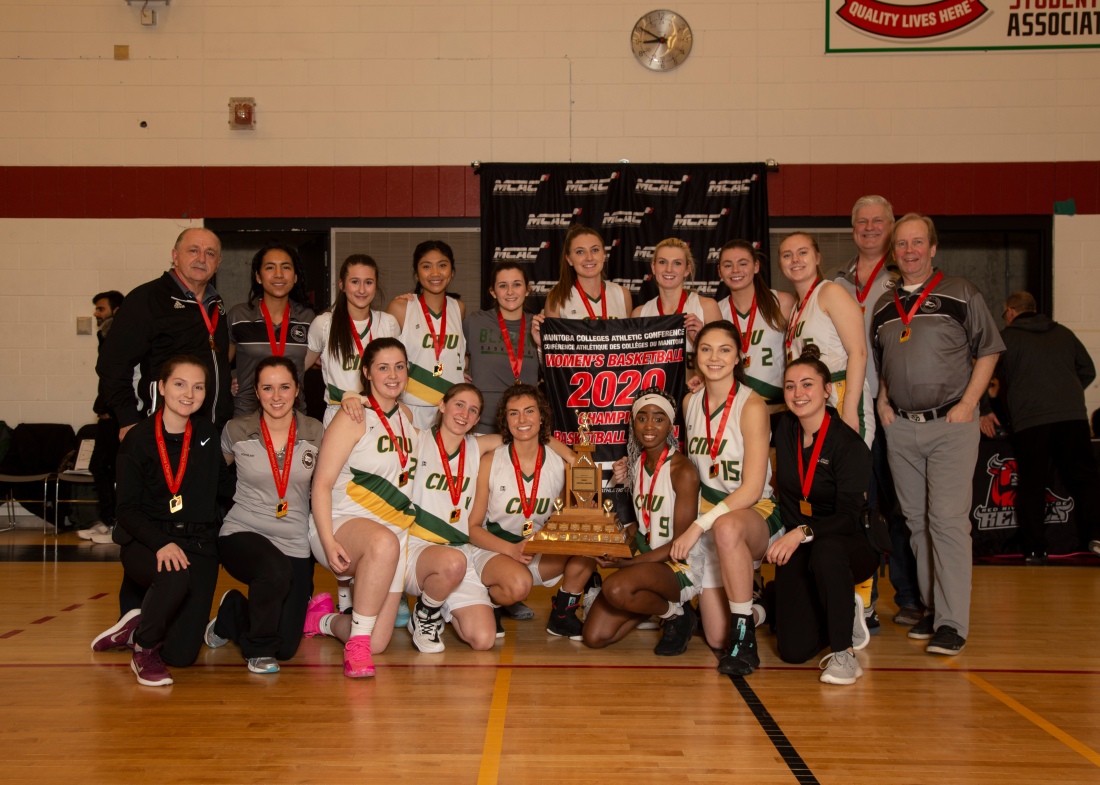 A 17-0 run to end the third quarter led the #1 Canadian Mennonite University Blazers to their third straight MCAC title. They edged out the #3 Red River College Rebels 71-64 on Saturday at RRC’s North Gym.

“Julia is the heart of our team,” said Blazers head coach Joe Di Curzio. “She comes and she works hard, she’s dedicated and that’s what makes her what she is.”

The Rebels led 40-37 in the third quarter when the 17-0 run began, giving the Blazers a 54-40 lead with one quarter to play. Schatkowsky fuelled the run with eight points and a steal that led to a Shirliz Apiyo layup.

Apiyo was another standout player for CMU. She scored 14 points, had eight assists and five steals.

Di Curzio said he knew his team was capable of the third quarter run.

“We made some great decisions on offence and were able to get some easy baskets on top of that, so it was awesome,” said Di Curzio. “And our defence was spectacular as well.”

The Rebels never gave up though, and opened the fourth quarter on a 9-0 run, cutting the lead to five points. The Blazers regrouped and went to the play they know best — finding Schatkowsky inside and letting her win battles in the paint for baskets.

Blazers fans at the game were nervous when Schatkowsky left the game with 3:10 remaining. She said it was leg cramps that kept her out for a few possessions.

“I just had to take a second and I was good to go,” she said.

RRC never stopped attacking in the fourth quarter, with Lacey Finnbogason leading the hopeful comeback with 15 points in the frame. It seemed Finnbogason couldn’t miss and every shot she made had the fans up on their feet, hoping for momentum to fully shift.

Finnbogason led the Rebels with 23 points and seven rebounds, while Jodene Kowalchuk had a dominant first half, leading to her double-double of 19 points and 11 rebounds for RRC.

That momentum shift never happened, as the Blazers went to their successful play of finding Schatkowsky inside, while converting most free throws to finish out the game.

Both teams will look to have championship runs at the NIAC tournament starting on Thursday.