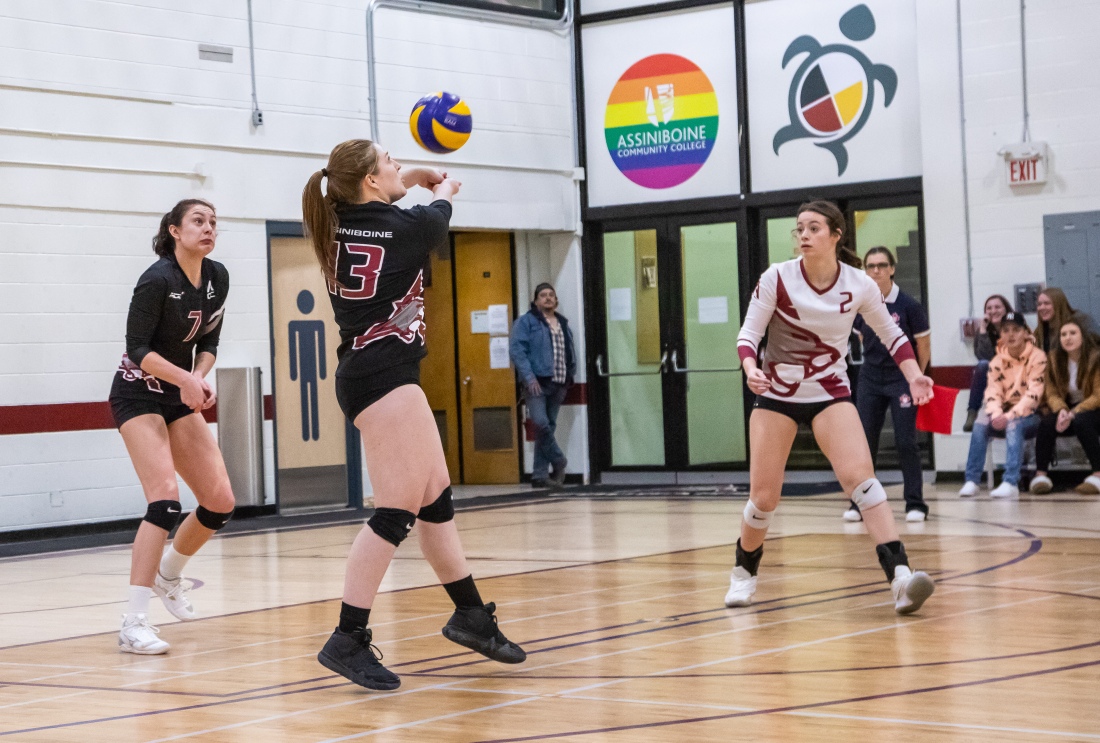 First-year left side Kendra Erickson, from Onanole, Manitoba led the ACC attack with 22 kills over the weekend and was an effective passer as well. Erickson also contributed to the Cougars’ defense, laying out for 26 digs throughout the two games.

In her first season with the team, Cougars head coach Jeff Maxwell said he’s liked what he’s seen from Erickson so far.

“Kendra has been improving every day over the course of the season,” said Maxwell. “She started as a left side for most of the sets on the weekend and made some key kills and digs.”

Like Erickson, the Cougars have been improving throughout the season. The team started with an 0-5 record but have turned things around with six straight wins to sit in second place in the MCAC standing behind the undefeated USB Les Rouges.

Erickson is taking the Business Administration program at ACC.

The Cougars will be tested when they travel to play the top-ranked Les Rouges on Saturday, Jan. 18.