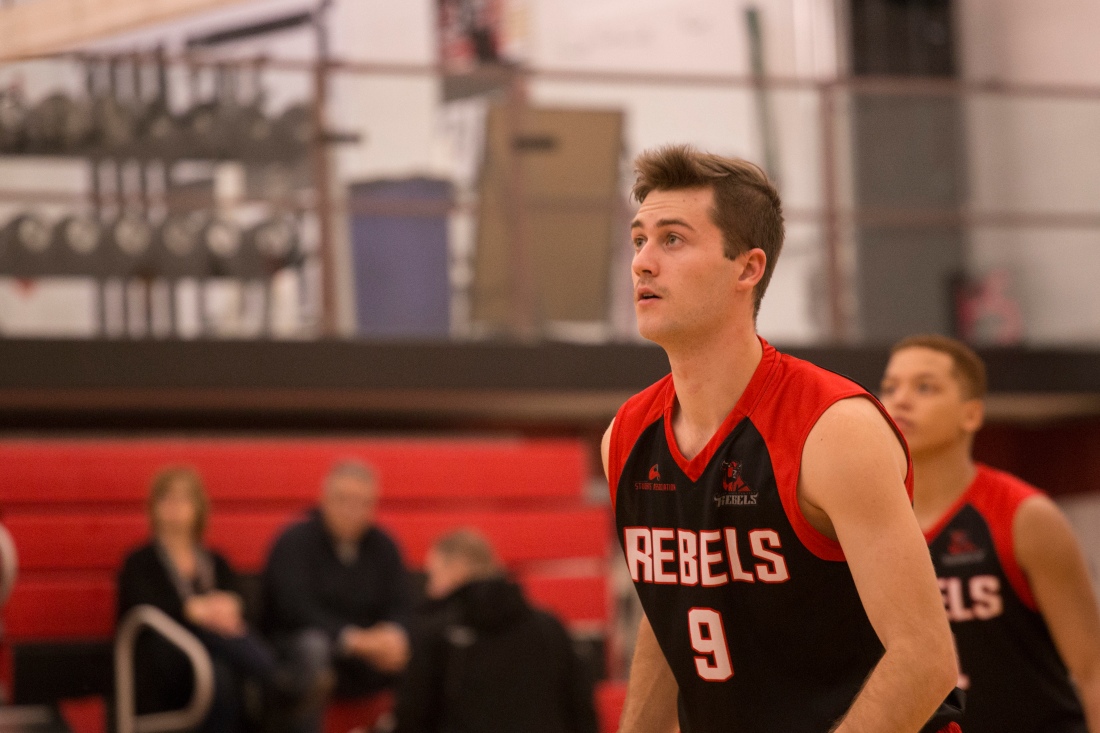 The Red River College Rebels have struggled throughout the first half of the MCAC volleyball regular season — but fourth year vet Zach Knight is still impressing on the court.

Knight connected on six kills and four digs in the Rebels 3-0 loss to the PUC Pilots on Tuesday night.

“My passing and hitting have improved substantially due to Chris and Stef separating players based on their positions to improve their skills that role,” said Knight. “So far my play has increased from the past years with this team in all aspects of my game.”

Knight admits RRC has struggled so far this season, but he is optimistic for the new year.

“Every game we are all improving,” said Knight. “I know our record wasn’t the greatest in the first half, but we are going to change that around coming into the second half.”

Knight is enrolled in the commerce industry sales and marketing program at Red River College.

The Rebels will be back in action on Friday, Jan. 10 to take on the ACC Cougars.