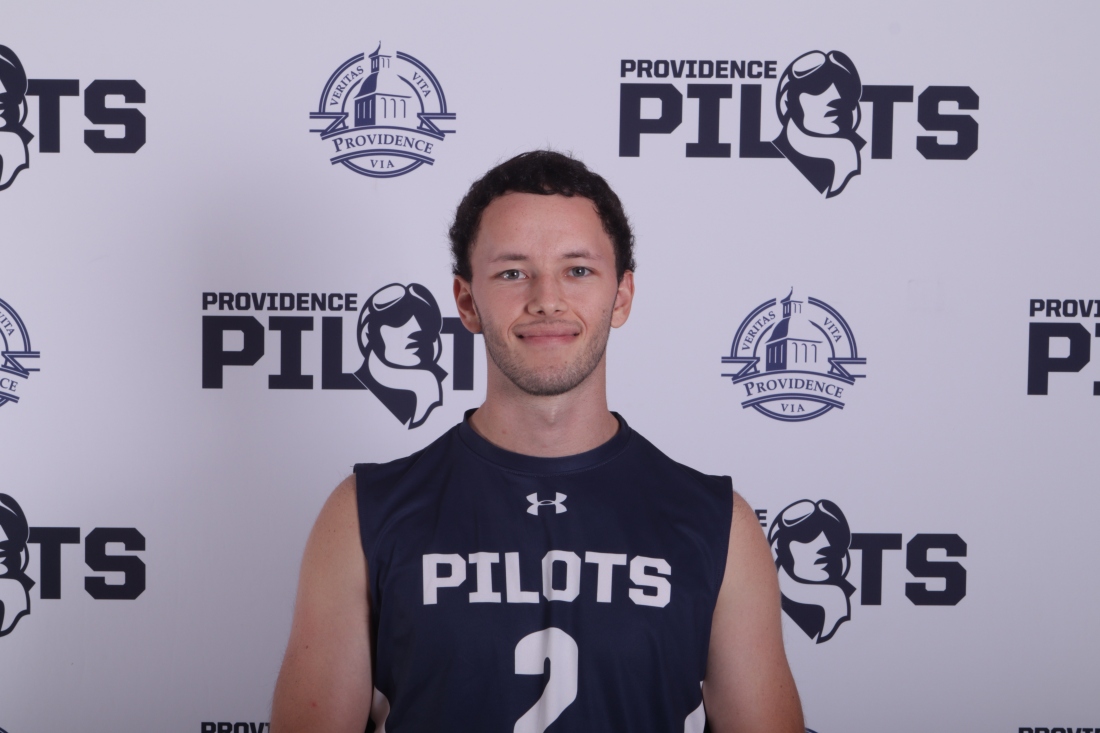 PUC Pilots right-side Kole Bergman played a big role in outlasting the top-ranked CMU Blazers in a five-set match last Friday, handing the Blazers their first loss of the season.

Bergman displayed his net presence throughout the weekend, killing 27 balls and stretching for seven blocks.

“Kole is a big presence at the net, both offensively and defensively, and we are excited about his continued development and impact for our team,” said Pilots head coach Scott Masterson. “When he is attacking well, he is almost impossible to stop as his jumping ability gives him so many options.”

The Pilots won a thrilling match over the Blazers on Friday but fell 3-1 to the ACC Cougars the following day.

Bergman showcased his defensive play as well and got down for nine digs in the two matches.

Masterson said he has seen Bergman develop since last season.

“We have been able to rely on him more and more,” he said.

Bergman is from Carman, Manitoba and is enrolled in the business administration program at PUC.

The Pilots enter the winter break in second place and a 6-2 record. The team will be back on the court on Friday, Jan. 10 to face the USB Les Rouges.