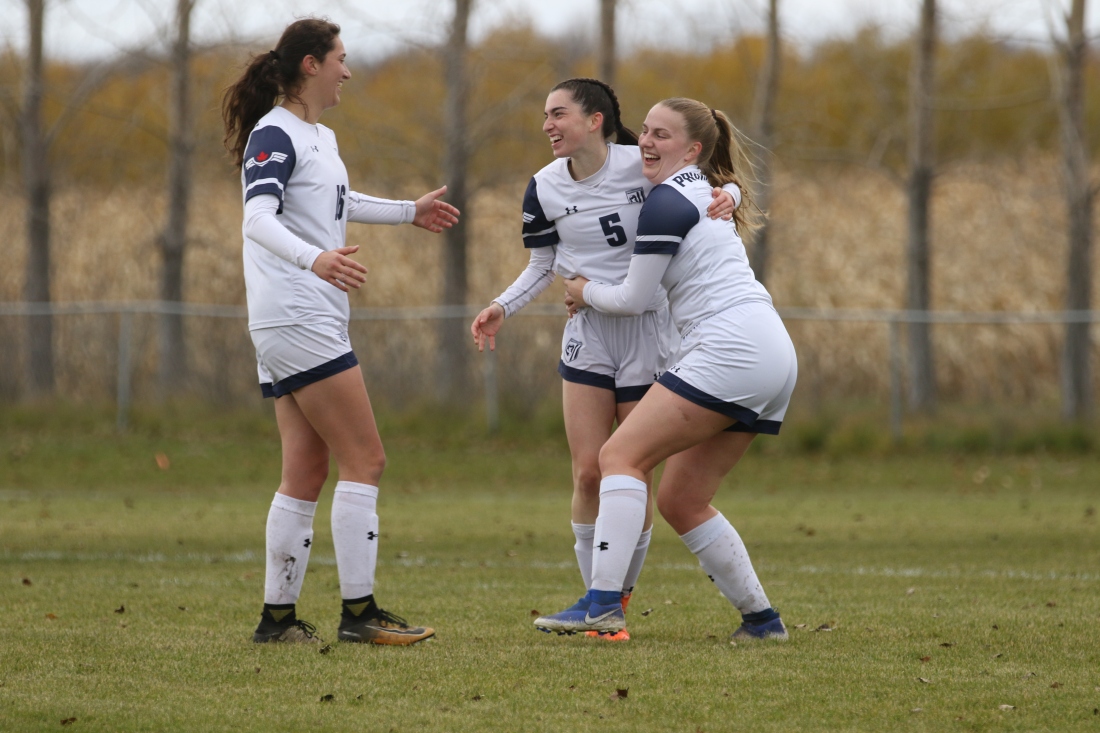 The Rebels have played a strong defensive game throughout the season and had shut down Myer to just one goal in their previous two matches. However, Myer changed the narrative and won most of her battles to the ball in the match.

In the 34th minute, Myer received a pass near the sideline and broke free for a breakaway and rifled the ball past Rebels goalkeeper, Abigail Wilson.

The Rebels were short-handed on defence because all-conference player, Ashley Paterson was dealing with an injury sustained in the regular season finale.

Myer picked up where she left off and scored on another breakaway chance in the 49th minute of the match. Less than five minutes later, Myer sniped her third goal past Wilson to put the Pilots up 3-0 and causing the Pilots’ bench to errupt.

The Rebels responded with a scoring chance in the 59th minute. Rebels winger Jasmine Porter crossed a ball into the box and Shea Bresciani connected on a header that the Pilots’ keeper tipped over the crossbar.

Bresciani was named RRC’s player of the game, while Myer won the award for PUC.

The Les Rouges put on the pressure early, hitting the post in the opening minutes. The pressure was rewarded and Angel Pionela scored off a scramble in front of the BU net off a corner kick.

Two minutes later, Jones scored her first goal, using her speed to get past the Bobcats’ defence to score.

Jones converted again in the 33rd minute after the BU goalkeeper gave up a rebound on a shot from the side — Jones collected the rebound and tapped it into the back of the net. Jones added another late goal, to give the Les Rouges a 4-0 lead at halftime.

The Bobcats couldn’t generate much offence in the first half, but Ashley seekings, the team’s leading scorer, rocketed a ball in the net to cut the lead to 4-1.

Anna Fowler added an insurance goal late for USB, but the Bobcats showed perserverance and Seekings scored her second goal late in the match.

Seekings was named player of the game for the Bobcats and Jones was given the award for the Les Rouges.

USB and PUC will play Sunday at 2:15 for the MCAC women’s soccer championship.