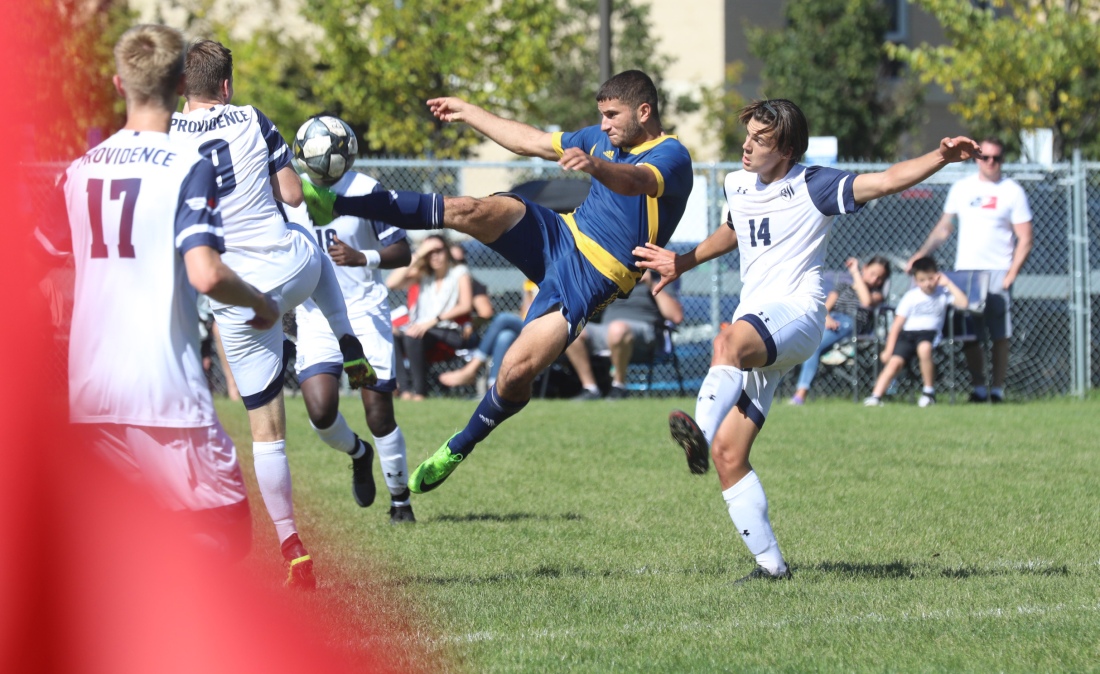 Rinor Hoxha is taking the Bachelor of Physical Education Studies program at Brandon University. Hoxha is from Winnipeg and graduated from Dakota Collegiate.

The first year forward scored four goals to lead the Bobcats to a 6-2 win over the Red River College Rebels on Saturday, September 28.

“Rinor’s movement, work rate and play have improved with each game since joining the Bobcats,” said BU head coach Jesse Roziere. “He was rewarded for it on Sunday with four quality finishes.

Roziere also said Hoxha brings a presence to the forward group that is difficult to play against, which has led to him being tightly defended in each game so far this season.

“We are excited to see what the rest of Rinor’s season has in story,” said Roziere.

Hoxha’s big game led to the Bobcats second consecutive win, resulting in the team moving into a tie for first place with the Providence University College Pilots at 10 points each.

The Bobcats remain undefeated with a 3-1-0 record and will travel to face the Université de Saint-Boniface Les Rouges on Saturday, October 5 and the PUC Pilots on Sunday, October 6.