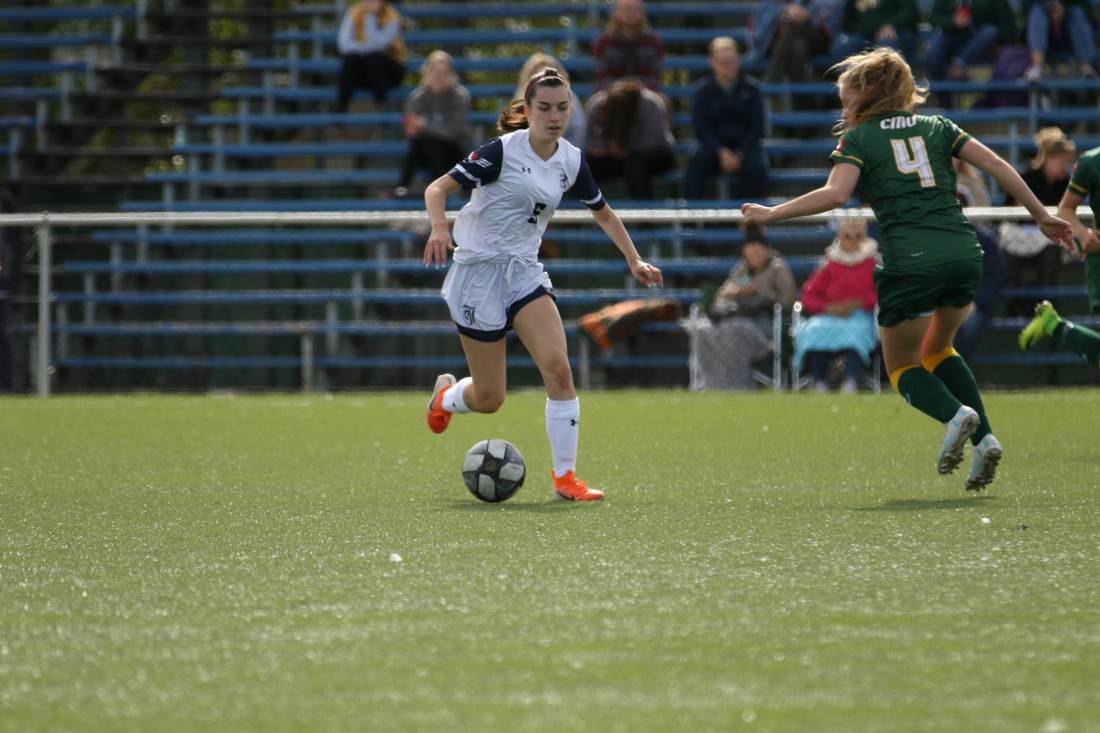 Makayla Myer, a second year forward from Surrey, BC, came out of the gate strong to kick off her 2019 season. Myer scored four goals for the Pilots throughout opening weekend, scoring a hattrick in Saturday’s 3-0 win over the CMU Blazers and adding another goal against the USB Les Rouges in Sunday’s 5-2 loss.

“Starting off the season scoring four goals in our games this weekend was a really good way for me to start off my second year here at Prov,” said Myer.

Third-year Pilots head coach, Tory Walker said he wasn’t surprised Myer had a strong start to the season, because it’s something she had done last year too. Myer was named MCAC female athlete of the week in week three of the 2018 season.

“This weekend Makayla showed her dominance as an elite striker in this league,” said Walker. “She started the MCAC season right where she left off in 2018, scoring a lot of goals and being composed and calm while doing that.”

Myer said her team fought hard in both games on the weekend and didn’t give up. Although the Pilots came away with a win and a loss in their first two games, Myer is optimistic of what her team can accomplish.

“This weekend’s season opener games were a big learning experience for us,” said Myer. “This group of girls has something really special and I can’t wait to see how the rest of the season goes.”

Providence walks away from opening weekend with a 1-0-1 record, and Myer will look to continue her strong play when the Pilots travel to Brandon to play the Bobcats on Sunday, September 15.