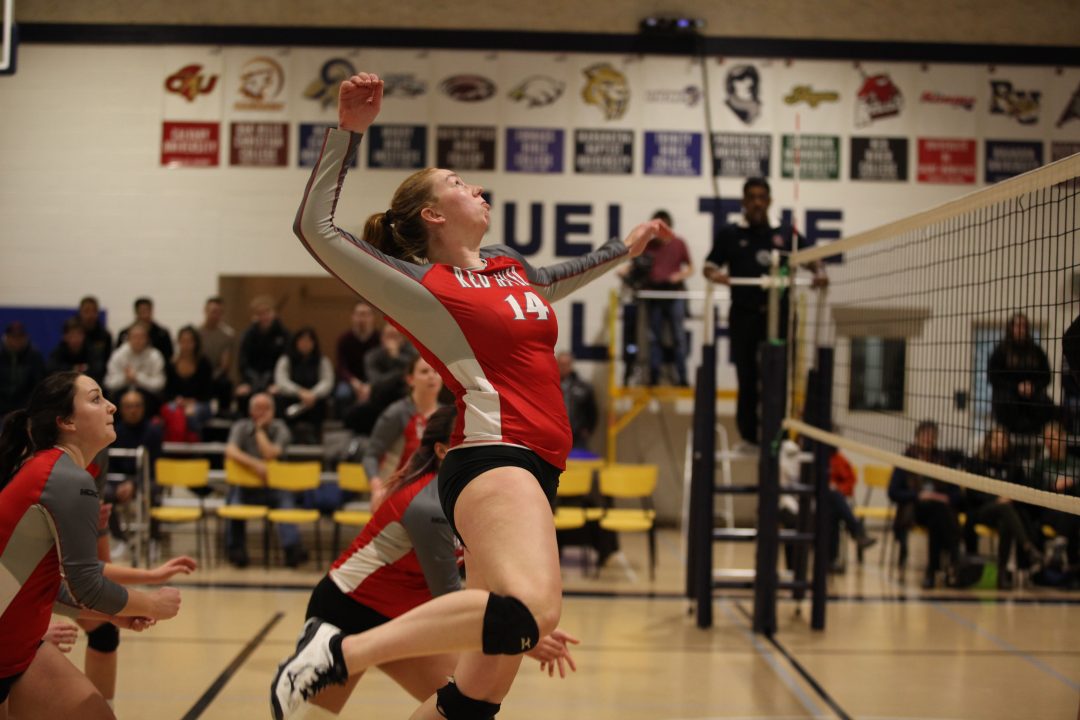 At every timeout during the Manitoba Colleges Athletic Conference championship game, Rebels women’s volleyball captain Taylor Gray ran to the bench to wrap an ice pack around her neck.

“When I would exercise the tissue would swell up and press on my throat,” said Gray.

Gray knew what these symptoms meant.

A month before the play-offs began, Gray was tested and told she may have cancer.

“That month I was playing and practicing knowing that was a possibility, which was pretty hard … trying to focus on school and volleyball knowing this was going on,” said Gray.

Read the entire story at theprojector.ca