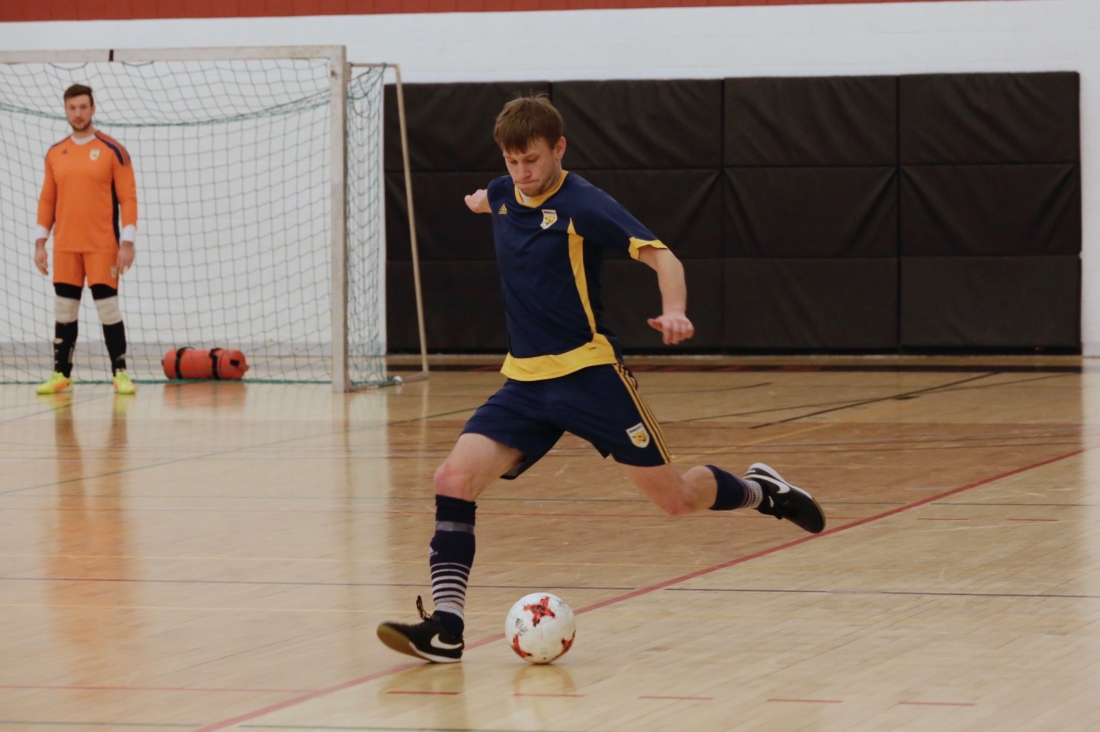 Congratulations to Taylor Blue, fifth-year forward for the Brandon Bobcats men’s futsal team, who is our male athlete of the week!

Blue stepped up big this past weekend, filling in for injuries and scoring two goals in the Bobcats 6-4 semifinal win over USB Les Rouges to move on to Sunday’s championship, where they held off the CMU Blazers 2-0 to win this year’s title.

“Taylor had his best weekend as a Bobcat, which is saying a lot because he has been outstanding for us the past five years,” said Bobcats coach Jesse Roziere. “In the semi-final he helped set the pace of the game and added two goals in our win. In the final he played big minutes as were missing some key players from our line-up and Taylor really rose to the occasion.”