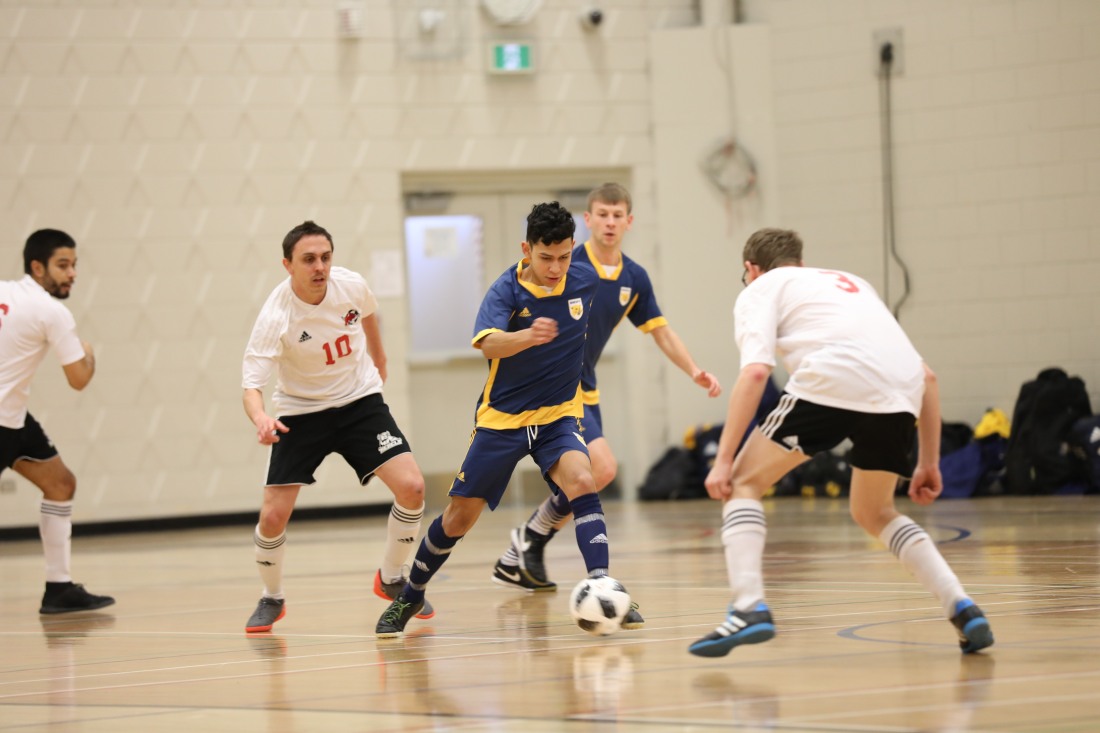 The Bobcats are the prime example of consistency in MCAC futsal, holding the #2 seed in the previous two seasons before going undefeated (9-1-0) to lock up the top spot this year. The Bobcats are led by MCAC-leading goal-scorer Kevin Lopez, who is tied for first with 17 goals. The Bobcats potent offense is obvious, as they have our players in the top ten of scoring: Lopez, Diego Rodriguez (16), Taylor Blue (13), and Nolan Melanson (T-10). The Bobcats are coached by Jesse Roziere.

The second most successful school in men’s futsal, the CMU Blazers were the #1 seed in 2017, the #3 seed in 2018, and sit at #2 entering this year’s playoffs. First-year head coach Anderson Pereira has done a great job with his team, going 8-1-1 in the regular season. The Blazers’ balanced scoring attack features four players in the top 10 for scoring this year, headlined by Victor Hugo with 14. Hugo is fifth in the MCAC. The rest of the pack includes Matheus Moreno and Roy Miller (T-12) and Paul Odedina (T-10). The Blazers are hoping to get their first finals birth, and add a title along with it.

The Providence Pilots continue their Playoff streak, having secured the #4 seed in the past two seasons. The Pilots’ offense boasts fourth-ranked goal-scorer Braeden Owen with 15 goals. The other Pilots player in the top ten is Zach Friesen (11). Head coach Joey Passi has done a great job of maximizing talent with such a young roster, with no players in their fourth or fifth years. The Pilots have eight rookies. Despite the youth, the Pilots achieved a 5-0-5 record, good for 15 points. The Pilots scored the second highest amount of goals in a game this season, beating the ACC Cougars 14-4 on March 2.

The defending champions enter this weekend as a four-seed, maintaining a 3-1-6 record this season. Last season, they beat the Brandon Bobcats 6-3 in the final at Assiniboine Community College to win the school’s third futsal title. The Rouges leading scorer, Rooman Chauolhey, ranks tied for 15th in the league with eight goals. He last two games between USB and the Bobcats (their Playoff match-up) were two wins for Brandon, to the tune of 10-6 and 12-1. Les Rouges are led by head coach Justin Légaré.