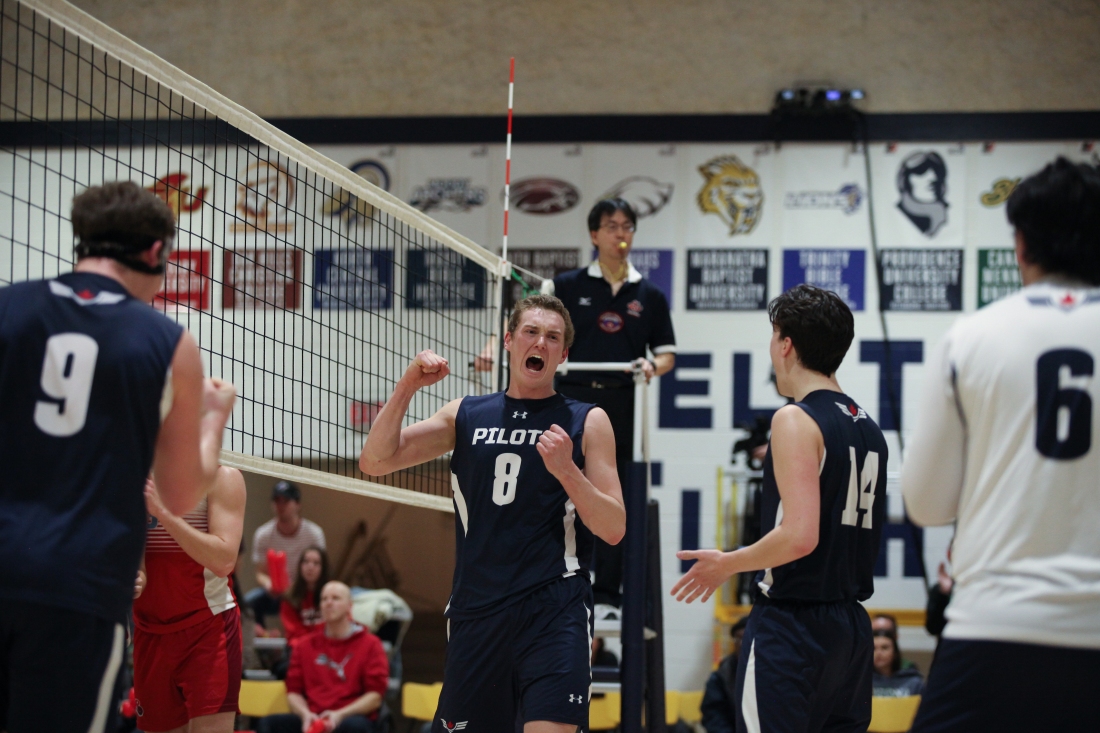 Congratulations to both Brett Foley and Matt Friesen from the Providence Pilots men’s volleyball team who are the co-male athletes of the week.

Foley, third-year middle from Portage La Prairie, MB, had a big weekend for the Pilots earning himself Player of the Game in their upset of #2 USB Les Rouges in Saturday’s semifinals. Over the course of the weekend, Foley registered 24 kills, nine digs, eight blocks, and two aces.

“We needed Brett to play his best this weekend if we wanted a chance to win any match, and he had his two best games of his career,” said Pilots head coach Scott Masterson. “He was able to shut down our opponents’ middle attack, get touches on their outside attackers, and was almost unstoppable offensively with a 77% kill percentage and only one attacking error in two matches. He made excellent decisions and lead our team with enthusiasm and intensity throughout.”

Friesen, the Pilots lone fifth-year out of Grunthal, MB, earned himself the Championship MVP putting up 24 kills, 14 digs and three blocks in his last two games for Providence. He was also selected to the All-Conference team for his performance throughout the season.

“Matt also had his two best matches of the season this weekend,” said Masterson. “He passed incredibly well and was able to get a lot of touches and slowdowns as a blocker. In the final, he had a couple incredible defensive plays that helped swing momentum at important moments in those sets.

“Most importantly, Matt was consistently effective offensively, with a 45% kill percentage and only 10 attacking errors in our two matches. Matt lead our team by example through his consistency, calmness in tense moments, and infectious confidence.”