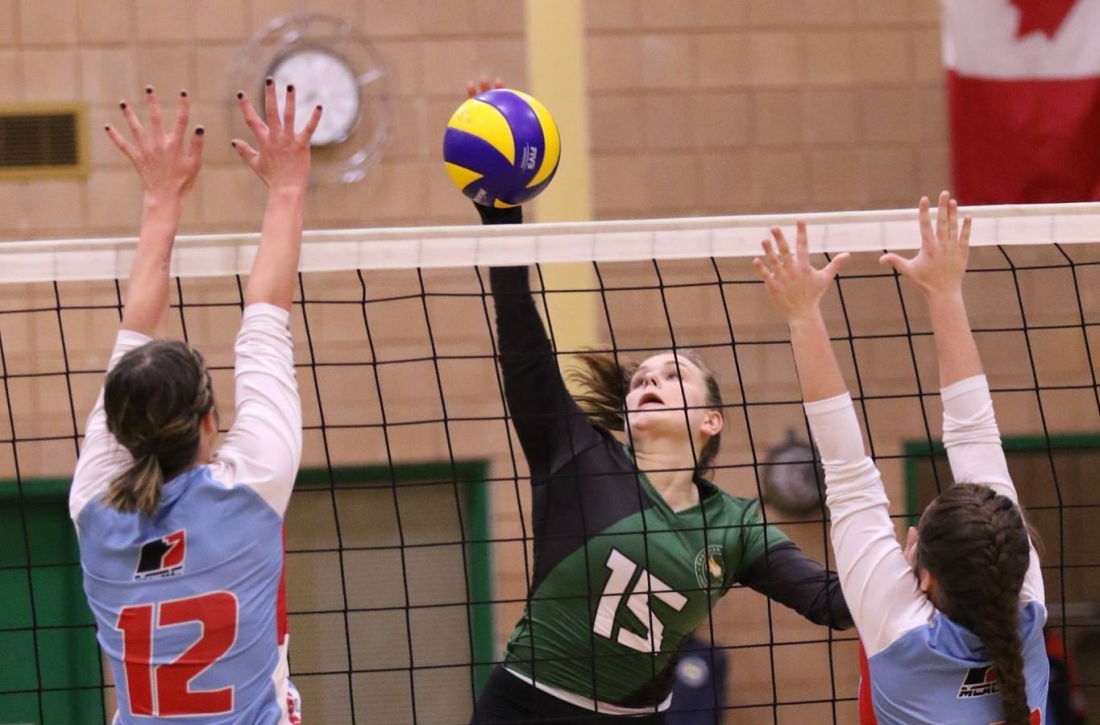 After losing the first two sets of the 2018-19 MCAC Regular Season, Women’s Volleyball showed their resilience in front of a boisterous home crowd by winning the third and fourth and then came back from an 8-10 deficit in the fifth to defeat USB 15-12, winning the match 3-2.

On Saturday night, the two first-year head coaches would square off again in Saint-Boniface. Just like they did twenty-four hours earlier it would be new Rouges’ boss Evan Turenne who would get the jump on the Roy Rodriguez-led Blazers. Les Rouges took the first set 25-21 and the second 25-19 to grab a 2-0 strangle-hold on the match.