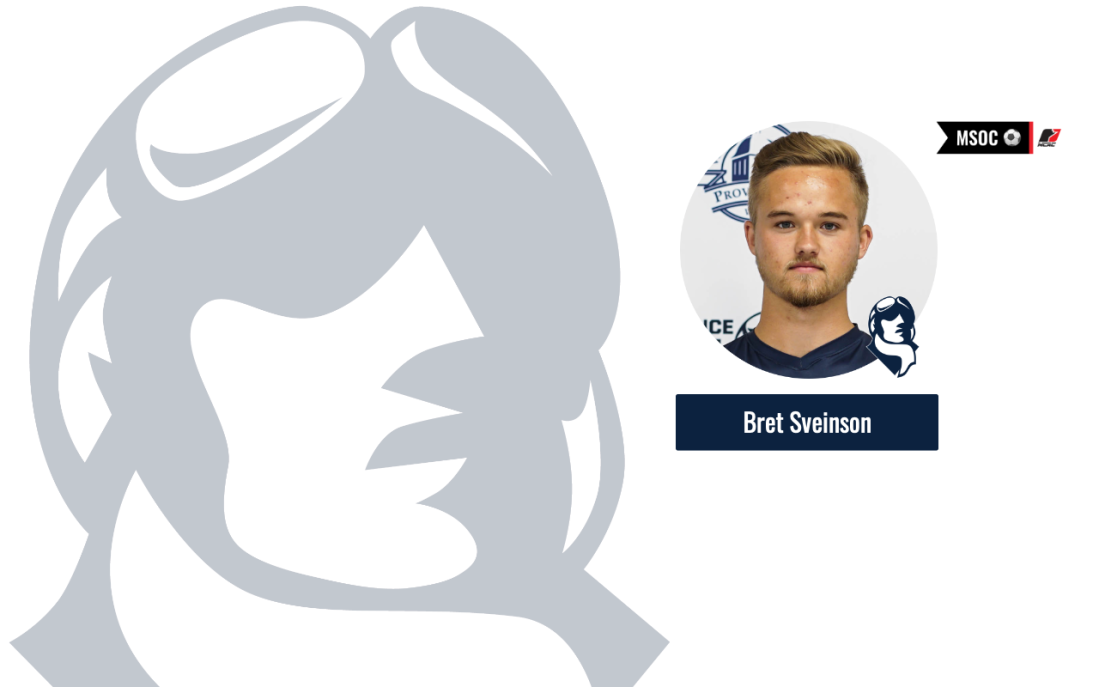 Bret Sveinson, Pilots’ first-year forward from Stonewall, Manitoba, has been named the MCAC’s male Athlete of the week!

Sveinson notched four total goals, two in each game, this weekend as he helped the Pilots go 2-0 and clinch a playoff spot.

“He had his best weekend to date with us,” said head coach Joey Passi, “I knew coming in he would be able to make an impact in his first year, but it took a little while due to a couple lingering injuries”

“Now that the rust is off, Bret is starting to show the impact he can have,” Passi continued. “When on his game he’s a force offensively. He’s got speed, dribbling, finishing ability, and creativity to create something out of nothing. He’s finding his A game at the right time for us.”