Osian Edwards has had a strong start to the 2018 MCAC men’s soccer season already netting seven goals and nearly doubling his total from last season (4). Edwards and his two teammates, Kevin Lopez and Erik Correia, sit at the top of the conference’s scoring race through two weeks. 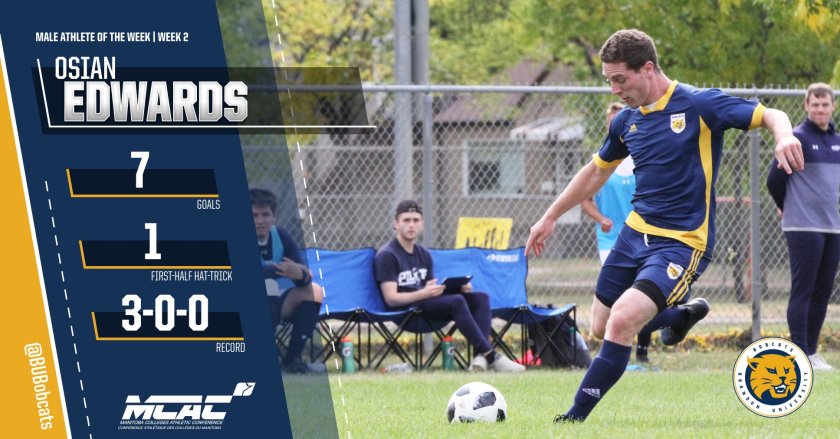 This week, Edwards and the Bobcats (3-0-0) will travel to Winnipeg on Sunday, September 23 to battle the RRC Rebels (1-0-1) at Norm Konowalchuk Soccer Fields.