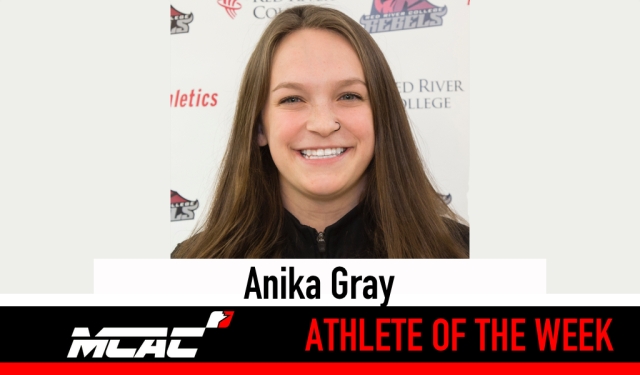 Anika Gray led the Rebels in a thrilling 3-2 victory over the CMU Blazers this past Saturday. She led the team with 7 service aces, passing average of 2.0, 23 digs and a kill efficiency rating of .273.
As co-captain of the team, Anika has taken on a leadership role and has led by example by starting the season with this outstanding performance. The above stats are an indication of Anika’s well-rounded game, which allows her to be a dynamic player in all 6 rotations.
Her athleticism also allows her the ability to play multiple positions; leading into the season, she has played left side, right side and setter; a challenge that she has readily accepted and succeeded with.