Make it four straight for Université de Saint-Boniface Les Rouges after they defeated the Providence Pilots 1-0 in a thrilling men’s final Sunday.

Right from the get-go, both teams were amped up and ready to play. The weather did not slow either team down at all.

Providence did a great job early controlling the ball and gave themselves a few chances in Les Rouges half, but they weren’t able to get very many clear shots on goal.

All-Conference wing, Vinessen Vadivelu, was the first and only player to bury one in the net during the final. Les Rouges took advantage of a small breakaway and Vadivelu did the rest.

The Pilots left everything out on the field in the last 10 minutes, keeping the ball in the offensive zone and getting a few gorgeous chances on goal. Les Rouges keeper Eriq McMurray was great in the clutch and never let the magnitude of the moment get to him.

Les Rouges continue to prove they are the soccer kings in the MCAC. 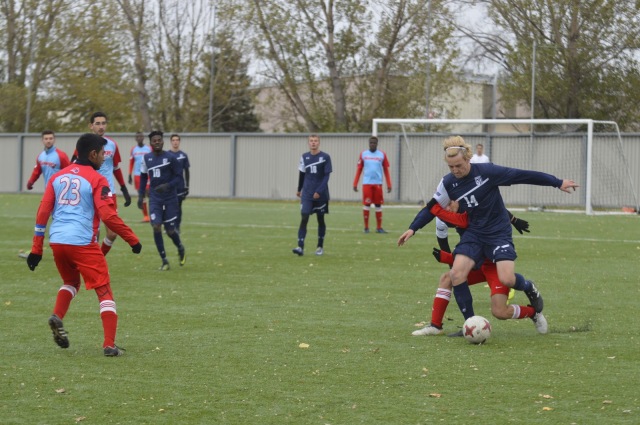