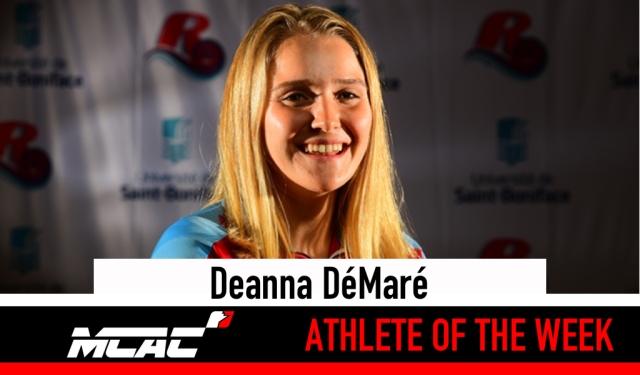 The USB women’s team is having a great start to the season and tied the first place CMU Blazers 0-0 this weekend. A big reason for this weekend’s success was the play of Deanna.
A natural defender who plays an aggressive, but effective style and is often the one shutting down opposing team’s offensive threats. She can play both central or fullback, and her speed makes her extremely hard to beat 1 vs 1.
“Deanna has worked extremely hard on her footwork and touch on the ball,” said coach Justin Légaré, “it’s something we see each game now.”
Deanna is a fearless player who often sacrifices her body for the team, she’s always winning those 50/50 battles and is a big reason for Les Rouges success so far this season.