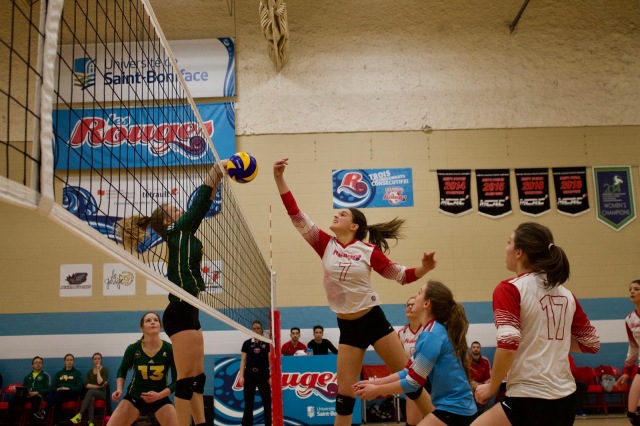 The Canadian Mennonite University Blazers played the first two sets of the tournament’s second semifinal in very similar fashion, digging themselves a large deficit early and then slowly and methodically creeping back into the game and forcing Universite de Saint-Boniface to earn their points late in the set. USB appeared to be much more prepared for the semifinal matchup than CMU, but when they saw their big lead slip away late in the first set they were unable to regroup and ended up losing 25-22.

USB did a better job at holding on in the second set, once again seeing CMU creep back after being down by more than 9 points but holding fast and continuing to swing on balls when given the chance to attack. Les Rouges evened the game at 1-1, winning

In the third set, CMU jumped out to an early lead and both teams kept the score relatively close until CMU got ahead 16-10 and Les Rouges made a number of costly unforced errors.  A shanked serve receive, a communication breakdown and a ball put into the net by USB extended the lead before they were able to get back on track and make it 19-12. The score continued to go back and forth and both sides started to lean on their stronger offensive players when they got the chance to run a proper offence. 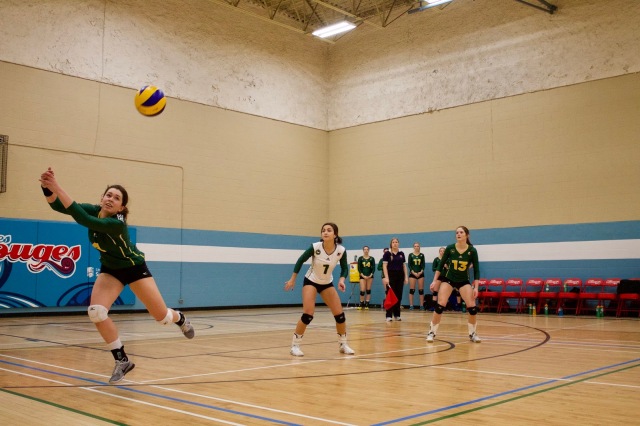 USB’s left side Zoe Savoie was a force for Les Rouges throughout their rotation, swinging on sets out of the back row and giving Les Rouges the strongest attack they had when she was in the front. By the third, set Savoie was seeing a double-block on virtually every set she got and managed to wipe or carve balls around it admirably.

Katie Reeves showed why she was voted the season’s Most Valuable Player by continually putting balls away for CMU and playing an excellent defensive side of the game. CMU eventually won a very tight and important third set 25-23, and took all the momentum that USB had gained through their crowd and early set leads. The fourth set wasn’t nearly as even-keeled as the first three, as the Blazers won a much easier 25-13 decision. 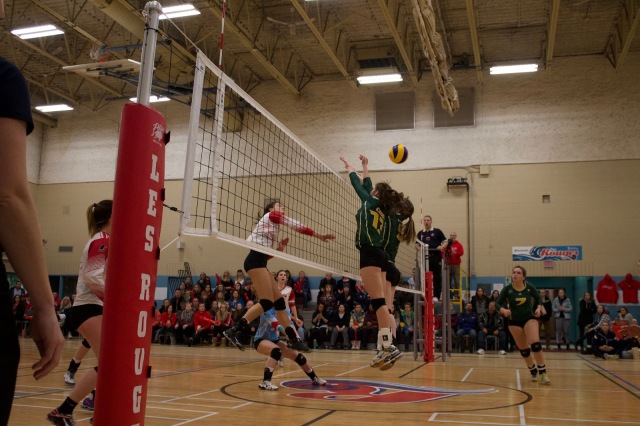