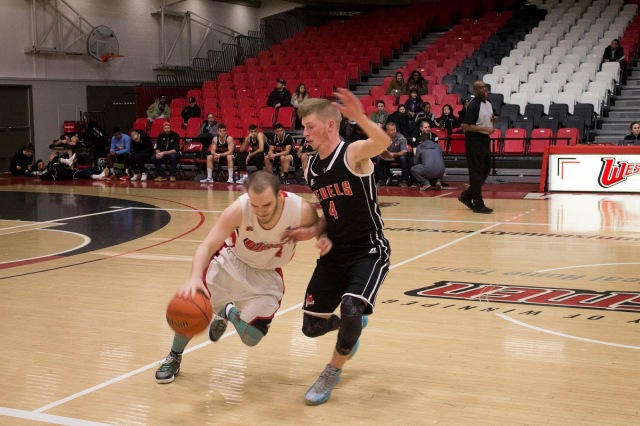 The University of Winnipeg entered their semifinal matchup with the hopes of treating a home crowd to a huge upset. Trailing by only a single bucket after the first quarter, the Wesmen were able to keep the game within reach going into the break down by only 10 points and holding all Rebel scorers to single digits. At the break, All-Conference guard Jonathan Wilner had scored 8 points while Taylor Brown posted 9 points and 7 rebounds. The Wesmen’s Dennis Cicak had already grabbed 9 boards and 5 points while guard Dhruv Barman led U of W with 6. 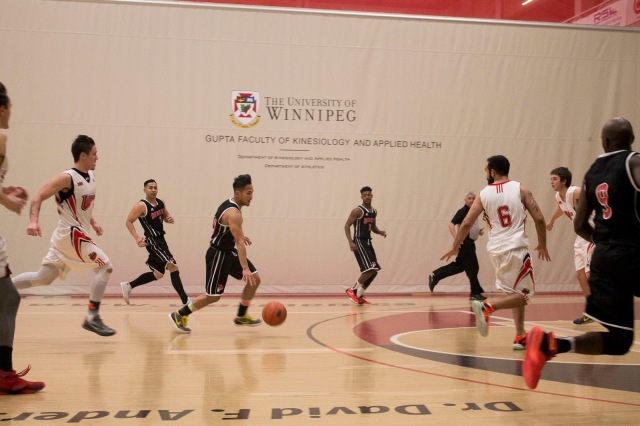 Trailing by 10 entering the third frame, U of W kept their composure for the first several possessions before Red River’s pedigree began to shine through and take over the game. A good indication of RRC’s depth was their 47 points off the bench compared to U of W’s 10. The Rebels were also feeling it from behind the three point stripe, with 4 players stroking 10 three pointers in the game.
Adam Rush led all Wesmen with 11 points while Taylor Brown led the Rebels with 16. Brown was named a Player of the Game as was the Wesmen’s Tyler Linklater. 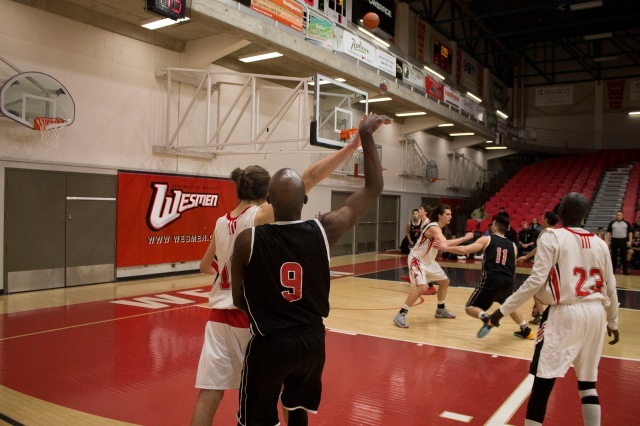