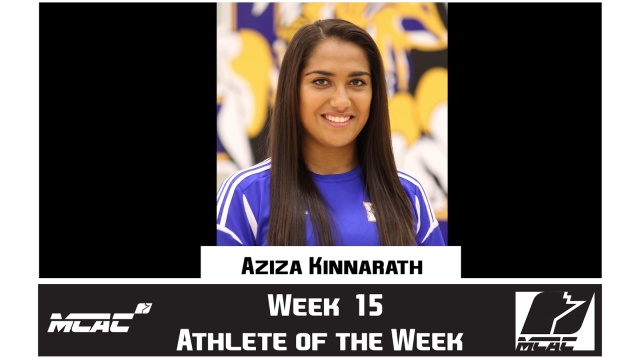 After capturing the Conference’s soccer championship back in October, the BU women’s futsal team started their season off on the right foot with a 10-4 win over crosstown rival Assiniboine Community College last Sunday. 3 of those goals came off the foot of Kinnarath, an agile and well-rounded player whose exceptional footwork and soccer IQ work very well within the confines of a futsal court.

“She gives structure, security, and purpose to our game” says BU women’s soccer and futsal Head coach, Rainer Schira.
“Her ball handling is superb and her passing was excellent. But most of all she scored goals when we needed them, especially in the first half of the game.”

BU made the 2016 Futsal Final Fours last season ranked third, but lost in a 5-2 decision to Red River College in their semifinal matchup.

Kinnarath hails from Kelvin High School in Winnipeg, and will be a large part of BU’s success should they reach the Final Fours again this season on March 11th. The Bobcats’ next MCAC competition is this weekend when they host Universite de Saint-Boniface and Providence University College on Saturday.