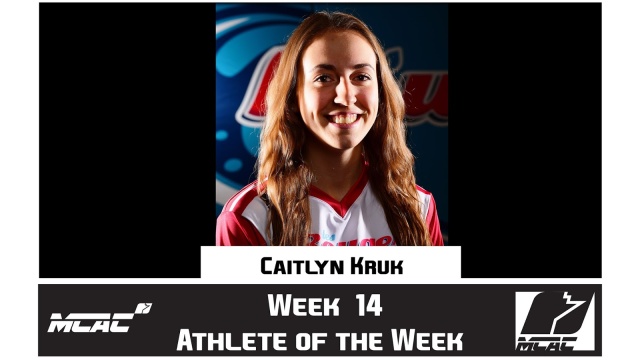 “Kruk had her strongest 2 games of the season racking up 23 digs and a 2.2 receiving average on 27 attempts. Her defensive play was a key factor in Les Rouges’ dominating performance, and helped us earn 4 critical points moving up to 3rd place in the MCAC standings.”

“Led by a strategy focused on aggressive service and organized defense, ACC had great difficulty scoring points against Les Rouges”.