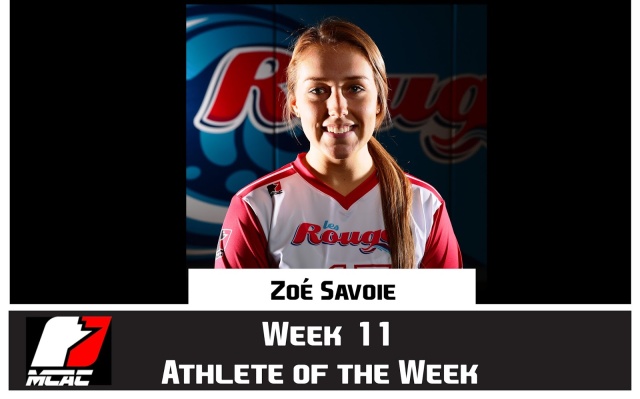 “Zoé has had an immediate impact on the USB women’s volleyball program and will be a key player for us this season” says USB head coach, Martin Rochon.

The 5’9” business administration student is originally from Winnipeg where she attended high school at Collège Louis-Riel before spending last season with Laval University in Quebec City.

“It was a positive week for the team and Zoé displayed a consistent and balanced effort throughout the game (against RRC)” adds Rochon.

Les Rouges now sit fourth in the MCAC with a 3-3 record, just two points shy of the third-place RRC Rebels. Savoie and her Les Rouges will look to extend their win streak at home against second-place Canadian Mennonite University tomorrow night at 6pm.