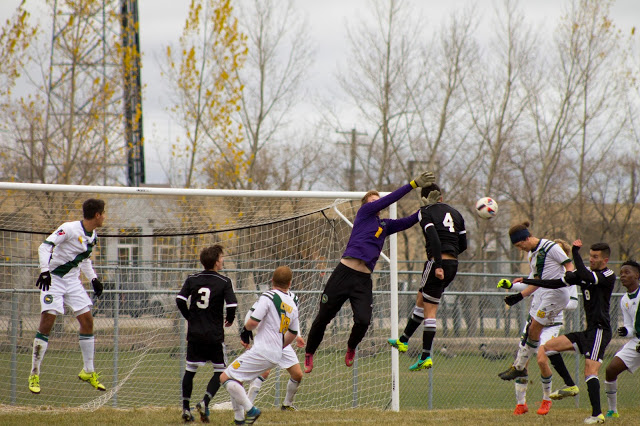 An exciting matchup on paper, this semifinal didn’t disappoint.
The veteran-laden CMU Blazers were well prepared to take on the many offensive weapons featured by Red River, both teams playing some very back-and-forth soccer in the first half.RRC’s Paulo Nonnenmacher was able to probe the CMU defence several times but it was nearly impossible to get past CMU’s Andrew Letkeman. Whenever RRC forwards could beat CMU on the outside, Letkeman was always there to meet them and sweep any threats aside. 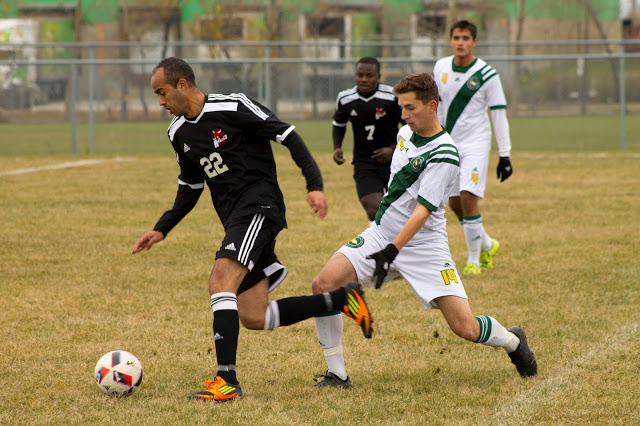 It wasn’t until a penalty was called in the box that scoring was imminent.
Mohamed Haida made good on the kick for Red River, going low right-side and just under CMU’s keeper Chris Giesbrecht’s hands. Giesbrecht played the kick near perfectly, but Haida played it better. 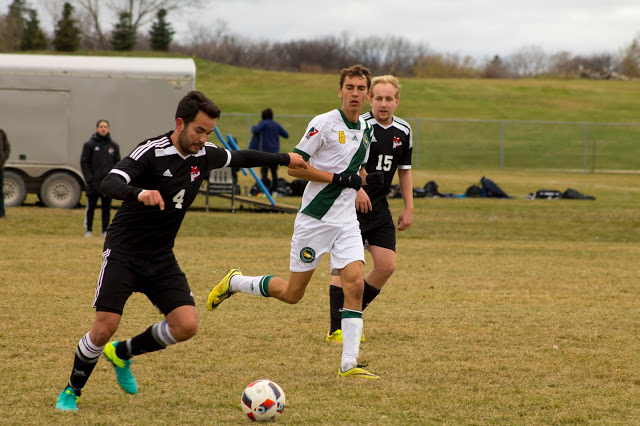 The game still didn’t feel decided though with CMU’s Cole Johnson and Ryan Jensen getting some great runs and chances in the offensive zone. But RRC keeper and All-Conference selection Rory Picton owned the day. His team kept balls away but he was still called upon to make some huge stops.
After a costly giveaway in their own end, CMU was forced to watch recent Rebel substitute Aziz Zerrouki score Red River’s second goal of the game late in the second half, all but ending the match. Picton was named Player of the Game for Red River but he gave credit to his teammates. “We played very well, we all contributed as a team and we ended up winning. It was a whole team effort”. “They made me look good. They did their job and I did mine and we ended up with the win”.
Letkeman was named Player of the Game for CMU, and concluded his five years spent in the MCAC. A well-respected player throughout the conference, he finishes his last season awarded the 2016 regular season MVP. Red River College plays Universite de Saint-Boniface tomorrow at 3pm. 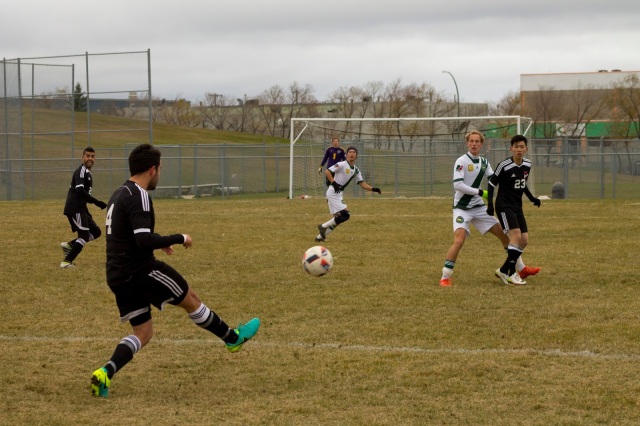