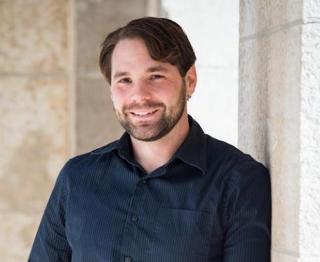 The Université de Saint-Boniface and the Manitoba Colleges Athletic Conference are pleased to announce that Eric Lemoine has accepted the position of Assistant Athletic Director at the Université de Saint-Boniface. Eric was currently operating his own business as a musician, manager, publicist and coordinator promoting national music tours. In this time he earned Juno and Western Canadian Music Award nominations for his work.  Previous to this role, Eric had worked as a personal trainer and prior to that as the Executive Director at the «Directorat de l’activité sportive du Manitoba».
Eric holds a Bachelor’s degree in Kinesiology from the University of Manitoba. He has over 18 years of basketball coaching and playing experience, both as an assistant and as a head coach at the Université de Saint-Boniface, prior to coaching several years as a High School coach at both École Pointe-des-Chênes in Ste-Anne, Manitoba and at Collège Louis-Riel in Saint-Boniface. He also coached team Manitoba for both the «Coupe nationale de basketball» in 2005 and the «Jeux de la francophonie canadienne» in 2008.