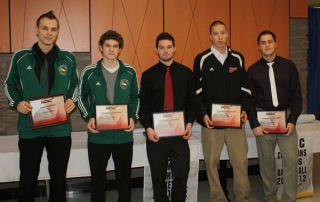 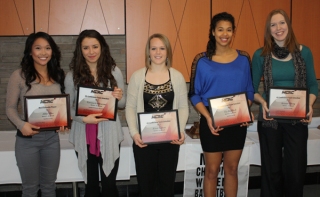 Just hours before the bronze and championship matches at the MCAC 2012 Basketball Final 4’s, the conference revealed its All-Conference Teams and Most Valuable Players in both men’s and women’s basketball to an audience of member school players and coaches. The selections were based on votes by the member schools’ coaches and are listed below:
Men’s Basketball

Media passes are available at the door of all Basketball Final 4 matches. For the public, individual game tickets are $3 and weekend tournament passes are $5.