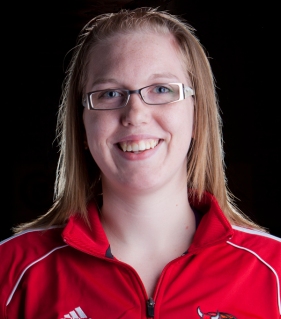 Coming in with eight active players last Saturday against the undefeated College Wesmen, the Red River Rebels women’s basketball team were understandably underdogs in a bout between the top two teams in the conference.

Thanks to a pivotal 18 points from forward Kristen Young though, the Rebels were able to steal a low-scoring affair, 56-50, and hand the College Wesmen their first loss of the 2011-12 season.

While the College Wesmen were knocking down outside shots all night, the second-year, 6’1” Young did her work from the post. The former Junior Wesmen player led her team in scoring and did it with a balanced ten in the first half, and eight in the second.

With the win, the Rebels inched closer to the College Wesmen, finishing the week at 8-3 while the Wesmen sit atop the conference still at 9-1. The two teams will not meet again in the regular season, but could be fighting for a title come the Final 4’s on March 2nd and 3rd.

Young is studying business administration and graduated from Glenlawn Collegiate.