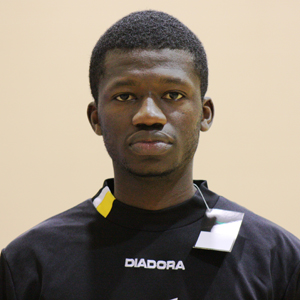 One game stood out in Week 6 as the most pivotal in men’s soccer – a play-in game between Canadian Mennonite University and the University of Saint-Boniface. Win and you’re into the championship weekend. Lose and miss out.

After a slow start to the season, Saint-Boniface beefed up their talent and started winning games. Thanks to a 3-2 win over CMU in the play-in game, they came from outside to grab the #4 seed in the Soccer Championships.

One of the keys in the huge win was midfielder Abdoul Gueye, who scored one of his team’s three goals to send them to a first round date with the undefeated Wesmen. Gueye, who also scored a goal in Week 5, is in his second year with the men’s soccer team and is looking to graduate in business administration. Originally from a high school in Dakar, Senegal, the 25-year-old has made an impact with his team at Saint-Boniface.